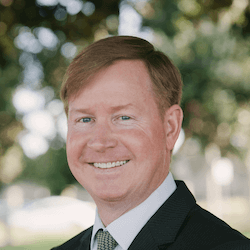 If you walk into Jyske Bank A/S in Copenhagen in search of attractive terms on a 10-year mortgage, you will find them. Last month the bank, Denmark’s third largest, launched a mortgage with a negative 0.5% yield. This means the bank will effectively pay you 0.5% per year to get your mortgage loan from them.

Yesterday, the European Central Bank cut its key interest rate by a further 0.10% to negative 0.5%. This means that banks have to pay the ECB 0.5% per year for the privilege of holding their deposits. Our comparable rate here in the U.S., the Fed Funds rate, currently sits at a target of 2% to 2.25%.

Around the world, interest rates have been dropping. Some $16 trillion of government bonds (primarily in Japan and the Eurozone) now trade at negative yields. Last month, for the first time, Germany sold 30-year bonds at a negative yield. It sold €824 million of bonds to investors. When the bonds mature, in 2050, it will pay back just €795 million.  Who would buy such bonds? The European Central Bank is a big buyer, as are investors who think that yields will drop further so the capital appreciation on the bonds will more than offset their negative yield. Financial firms also may buy the bonds to hedge their portfolios.

Are interest rates here in the U.S. heading for zero as well?

The Fed Does Not Control Bond Yields

While the Federal Reserve controls the level of the Fed Funds rate, it does not control the prices and yields of bonds that trade in the market. Thus, the Fed does not and cannot directly control the yield on our benchmark 10-year Treasury note. If market participants see fit to send its price higher and yield lower, then there is not much the Fed can do to stop them.

Are Low Rates Good or Bad?

As to whether low rates are good or bad, it depends on whom you ask. For savers looking to eke out some income from safe investments like CDs and savings accounts, low rates are very bad. For a young couple looking to get a 30-year fixed-rate mortgage for a big new house, they are great! Businesses, of course, also like the cheap cost of debt these days.

While trade skirmishes and the rise of populism in the western world have put a dent in the collective confidence of businesses and consumers around the world in recent months, the major driving force behind the declines in interest rates in the developed world in recent years is probably demography.  While emerging markets (e.g. Africa, India and southeast Asia) are relatively young, the developed world (e.g. the U.S., Europe, Japan, Canada, Australia) as well as China, is aging rapidly. Older people simply do not spend as much as people between 30 and 60 years old, and the larger the 60+ cohort grows, the less fuel there will be for the global economy in the decades ahead.

Despite the decline in rates in the U.S. this year, the economy is actually still very strong. Growth is solid, unemployment is low and consumer confidence remains high. U.S. Treasury bonds, however, trade in a global marketplace and compete with the bonds of other regions, most notably Japan and the Eurozone. Thus, as bonds in those areas trade with lower and lower yields, investors have more incentive to buy U.S. bonds, which have relatively high yields. This buying pressure raises the prices for our Treasuries, driving the yields lower. It seems incongruous to have such low interest rates alongside such a healthy economy, but these rates reflect, to a great extent, the challenges in the wider global economy rather than specific conditions here at home. Given structural strengths of our economy today, I would find it very surprising to see our interest rates follow Japan’s and Europe’s below zero anytime soon. 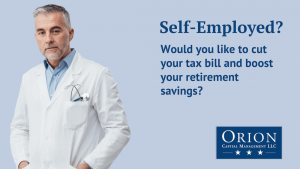 Self-Employed? You May be Able to Cut Thousands From Your Taxes [Video]

Will the Four Horsemen Trample Your Retirement?

After decades of working and saving diligently, you are probably looking forward to a steady stream of income to fund

Time to Come Out of Our Bunkers?

Orion Capital Management LLC (“Orion”) is a registered investment advisor offering advisory services in the State of California and in other jurisdictions where registered or exempted.  Registration does not imply a certain level of skill or training. The presence of this website on the Internet shall not be directly or indirectly interpreted as a solicitation of investment advisory services to persons of another jurisdiction unless otherwise permitted by statute. Follow-up or individualized responses to consumers in a particular state by Orion in the rendering of personalized investment advice for compensation shall not be made without our first complying with jurisdiction requirements or pursuant an applicable state exemption.